There are a few topics of conversation you should probably not talk about in polite conversation. But I am a fervent believer in free speech so here are some of those topics rocking Didim this week:

Death penalty, terrorism, unlawful arrest: Didim BDP supporters will take to the streets on Monday to protest for the release of PKK founder Abdullah Ocalan, who was sentenced to death until the death penalty was abolished, and has been in prison for 14 years. Some say the BDP is to the PKK what Sinn Fein was to the IRA not so long ago. Others say that Ocalan is responsible himself for countless deaths, and yet more say Ocalan is being held without the right to appeal and it’s an infringement of his human rights. What a pickle.

Imposing religion, or maybe vegetarianism: My chemist told me today that chewable vitamins for children will soon be banned in Turkey because they contain pork products. However, children’s vitamins containing alcohol will continue to be sold. So presumably the banning of gelatine-based vitamins is a win for Turkey’s many and vocal vegetarian lobby groups.

Journalists in jail: According to an article in Hurriyet Daily News a couple of days ago, there’s a strong belief in the AK Party that a) the British press believes Turkey doesn’t have freedom of speech, and b) Britain throws its journalists in prison. In fact, the Deputy Chair of the AK Party is preparing to throw that little tidbit of hypocrisy out to the wolves of the British media if they raise the subject during his pending visit to London. Unfortunately according to the British Justice Ministry no-one in Britain is in prison for 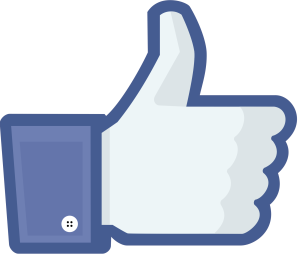 crimes related to being a journalist, not even Rupert Murdoch. Whereas even the Turkish authorities admit to imprisoning 8 journalists, while others cite numbers closer to 100.

Being Gay on Facebook / in Turkey: A recent study shows that the data collected by Facebook can identify if you’re gay – even if you’re still in the closet. Your Likes are enough to reveal your sexuality even if you don’t acknowledge it openly. Which presumably is the situation for most gays in Turkey: as Westy points out in this witty and interesting article, 84% of Turkish people in a recent survey would not want gay people moving to their neighbourhood.

Stretching the 90-day rule: Turkish Deputy PM Ali Babacan mentioned plans to allow foreigners who own property in Turkey a longer stay on a tourist visa than the current 90 days out of 180, according to Hurriyet Daily News.

Ufuk Beton might lose its head: The owner of giant Didim firm Ufuk Beton was arrested this week after allegedly shooting someone in the head over a debt. The victim was a relative with a car wash and mechanic business, while the accused (who called police himself and turned himself in) is owner of a very visible and presumably influential concrete company, son-in-law of an MP, father of two and so on. Given the apparent imbalance of economies involved, one can’t help wondering how much the debt was and who owed who? I’m sure no amount of money is worth the devastation to the families of the victim and perpetrator alike.

About A Yabanci in Turkey

A London expat in Turkey. Moved in 2005, married in 2007, mother in 2009. Blogging as DIY therapy to process life's changing faces. For money I mainly do freelance writing and transcription work and we have a business running luxury motor yacht cruises for visitors to and residents of our local holiday resort, Altinkum.
View all posts by A Yabanci in Turkey →
This entry was posted in Uncategorized and tagged didim, didim bdp, freedom of speech in turkey, residency permits, ufuk beton, ufuk ergenekon. Bookmark the permalink.